Blue Water Babes is Florida’s first and only all-female fishing tournament. The event was held on October 5 and 6 and was hosted at the Sailfish Marina Resort.

The end goal of the event is to raise money for local breast and ovarian cancer patients in financial need. Blue Water Babes not only features fishing, the charity event included boat decorating, a costume contest, signature Tito’s Handmade Vodka contest, and an awards party. 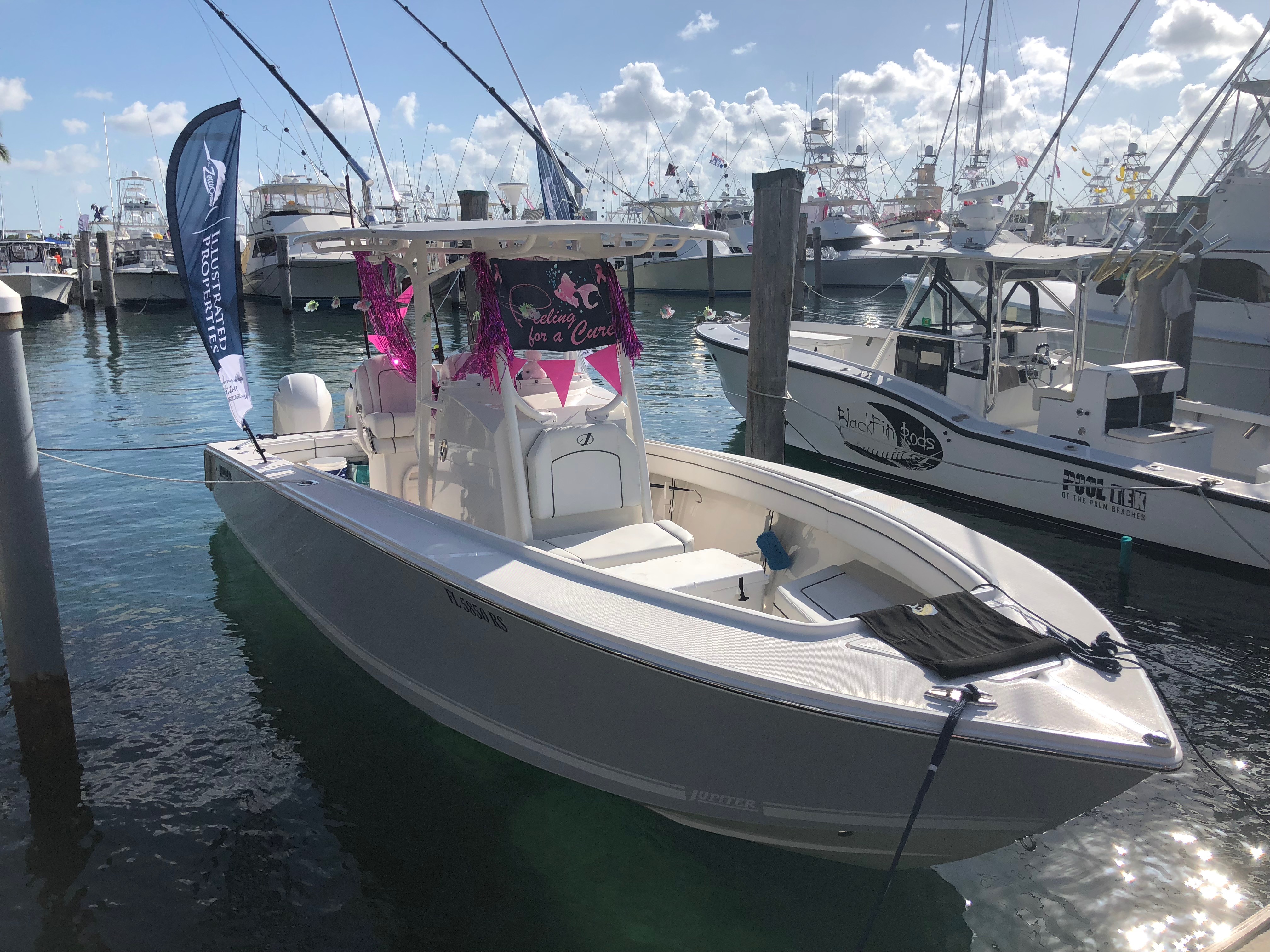 “This year, the tournament hosted more than 110 boats and 1,500 people participated,” said Jennifer McGrath, director of the Bluewater Babes charity.

In its 10 successful years, the Blue Water Babes event has raised funds totaling over $600,000 for local patients in need. The organizations that Blue Water Babes has partnered with include Hearing the Ovarian Cancer Whisper and Cancer Alliance of Help and Hope, both are based out of Palm Beach County.

Throughout the weekend the fishing tournament provided activities to involve the whole family. An “epic” inlet water fight among the boaters was just a part of the weekend that continued with a Family Funday during the weigh in.

Kathy Black received the Kristin Hoke Memorial Trophy at the awards presentation.  “The weekend concluded with a breathtaking firework show over the waters off Peanut Island,” McGrath said.

Team “Zecca” was made up of Christina Zecca, Theresa Tecson, and their male “mates” Casey Zecca and Alex Hausman. Team Zecca’s boat was The Runaway. “It wasn’t the best fishing weather, but any day on the water is a good day,” Zecca said.

Even though the harsh waters were not on her side, Christina Zecca her team pulled through and caught two blackfin tunas and a large barracuda. “The seas were quite sporty, but the weather overall was beautiful,” Zecca said. 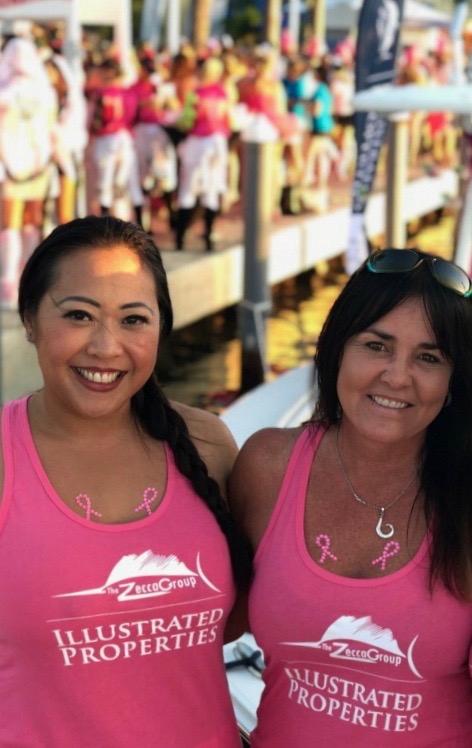 Christina won a bright pink Ocean Kayak, Venus edition, from the contest raffle. The Zecca Group with Illustrated Properties was also a “Pink Snapper” sponsor, meaning they donated over $2,000 for the cause.

If you are looking for your own waterfront escape contact Christina Zecca. Christina was born and raised in the Jupiter area and has extensive market knowledge. For more than 22 years Christina has been working with buyers and seller on their real estate needs. As one of the top agents in the area, allow Christina to fulfill your real estate needs. 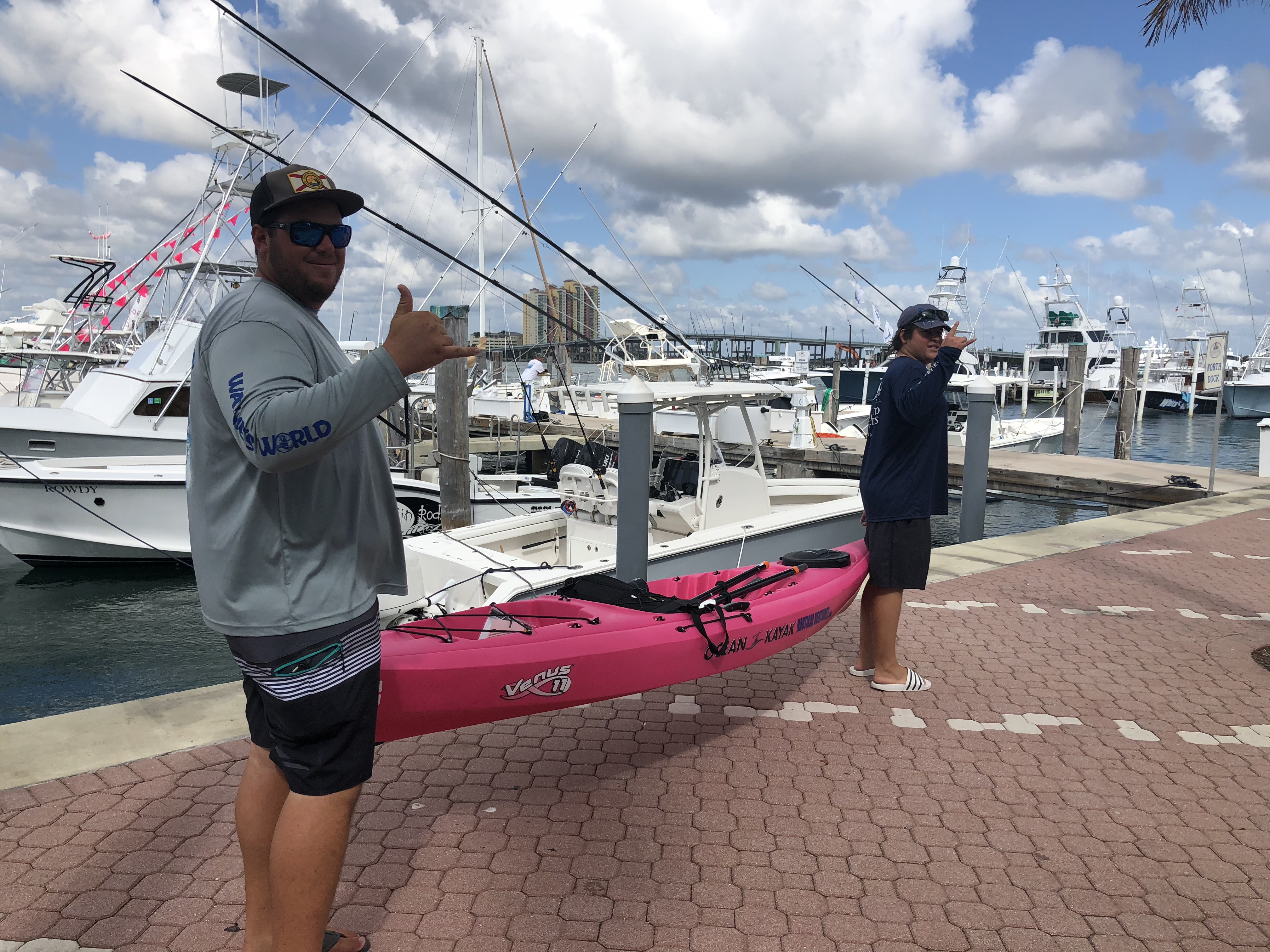 For more information on Blue Water Babes or to donate, please visit www.bluewaterbabes.org.